Your mother and I were in quite a conundrum last Friday. We bought tickets to go see Dead Can Dance and had fully been planning on taking you to the show. By the time you are reading this you are probably familiar with Dead Can Dance but just in case... they are awesome. They're a band I kind of grew up on with all my friends. I saw them for the first time in the early 90s. In the early 2000's we took a road trip from Ohio to New York to see them at Radio City Music Hall. So needless to say I'm a pretty big fan. In fact I played a lot of their stuff while you were still growing in Mommy and this song here is one of our favorites to dance to during Daddy and Maya time.

But as the time for the show approached we got nervous. Should we be taking a 4.5 month old baby to a concert? It was at an outside ampitheater and their music is sometimes classified at neo-classical so... We decided to go through with it even though we felt like rotten parents on the drive there.

Those feelings quickly vanished as we walked in to them playing Rakim. 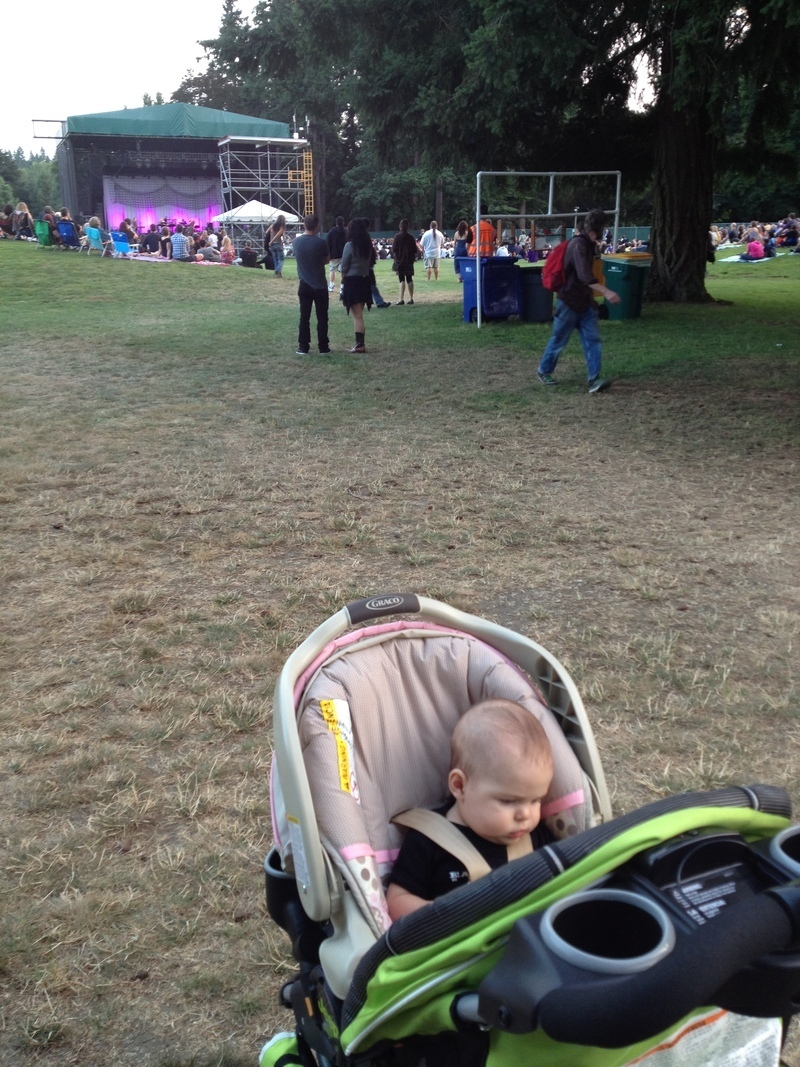 As the song crescendoed it was time to protect those tiny eardrums. 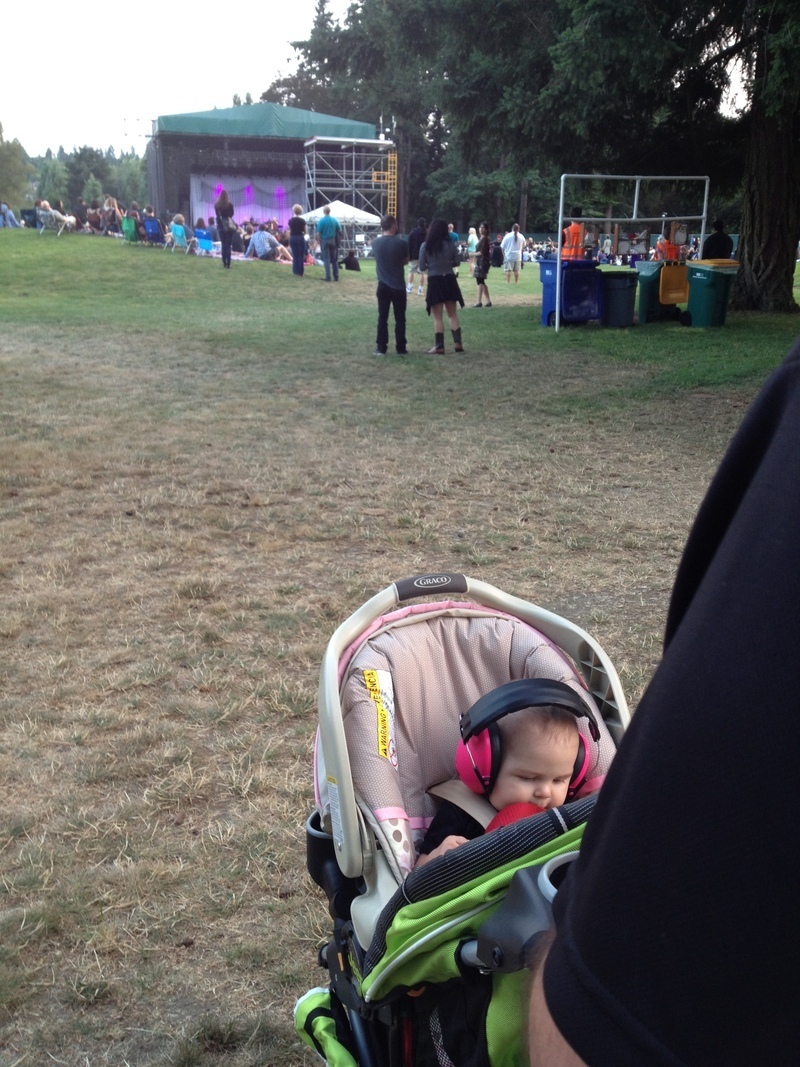 You thought your little headphones were pretty cool. 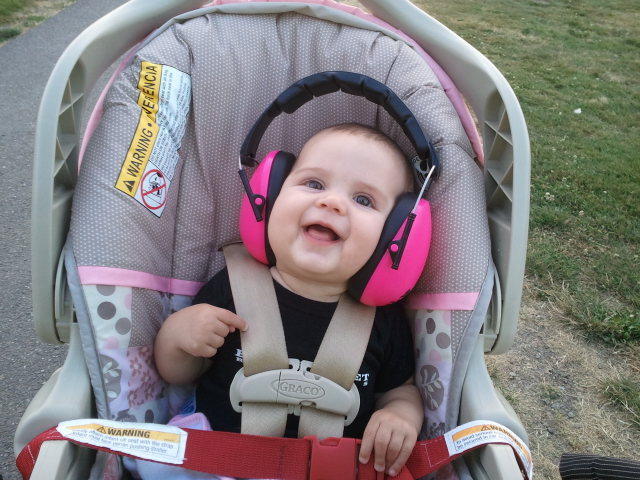 We headed to the back of the park to grab some dinner and do a little Maya / Daddy dancing. 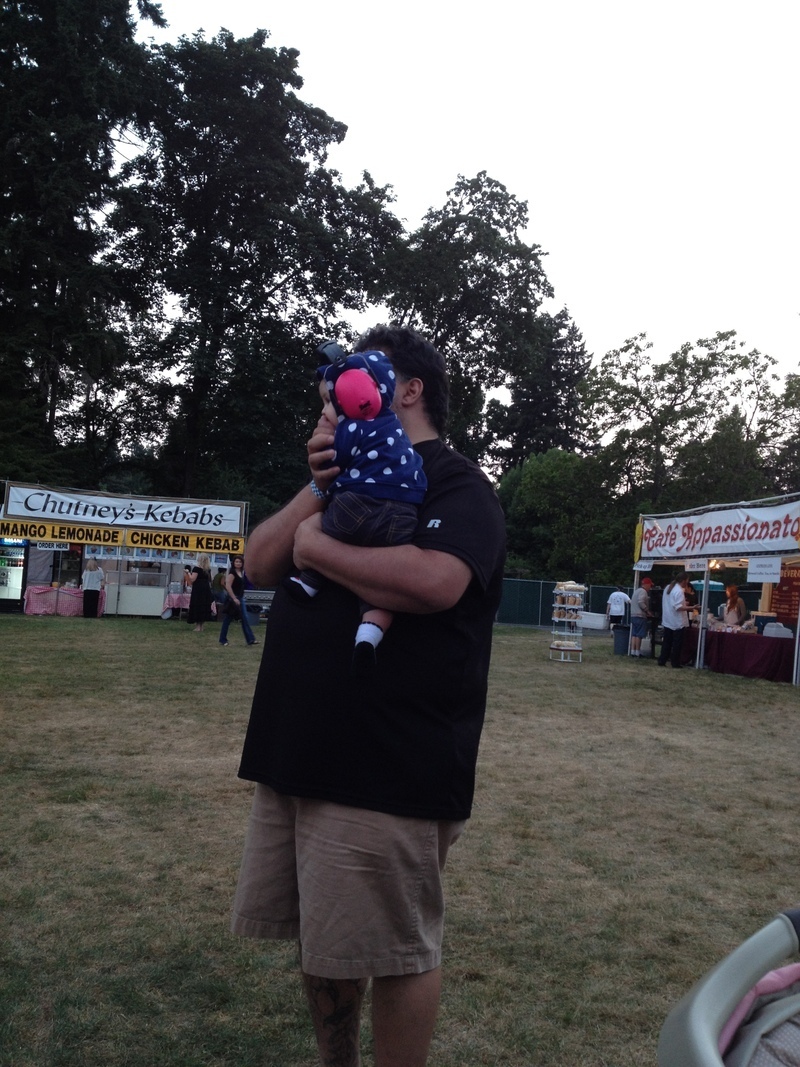 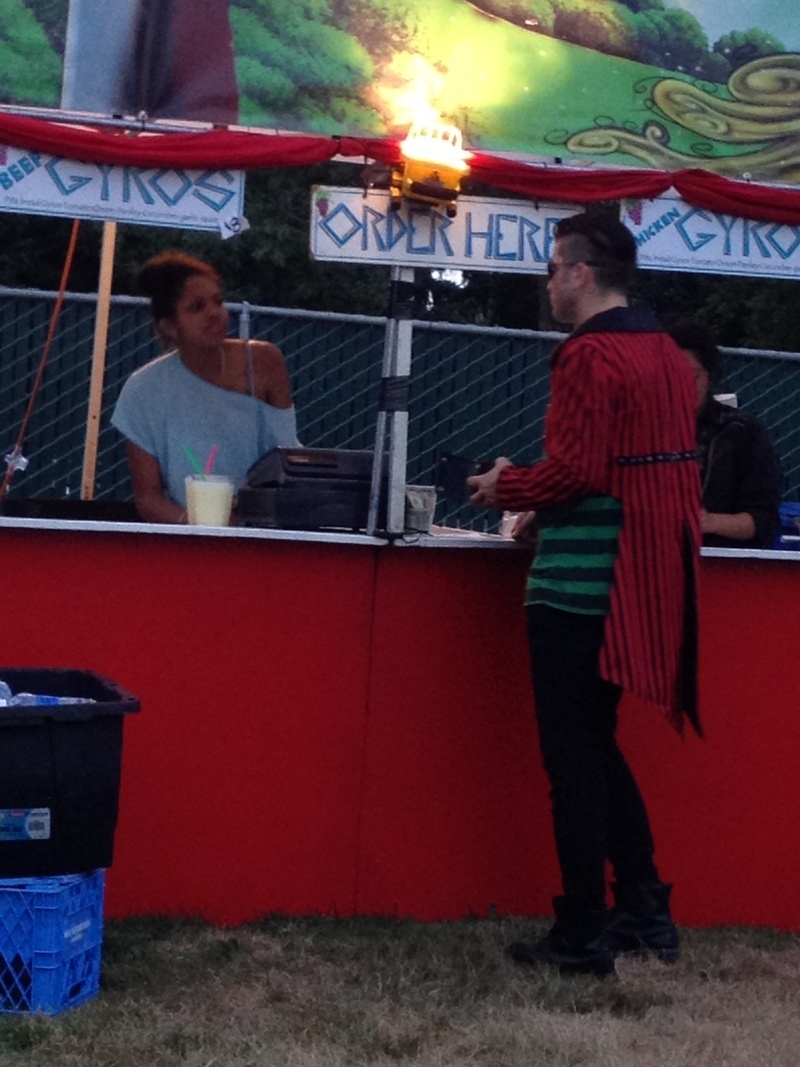 Yup. There are some crazy people at concerts. Especially 20 years after a "gothic band" was in their prime. 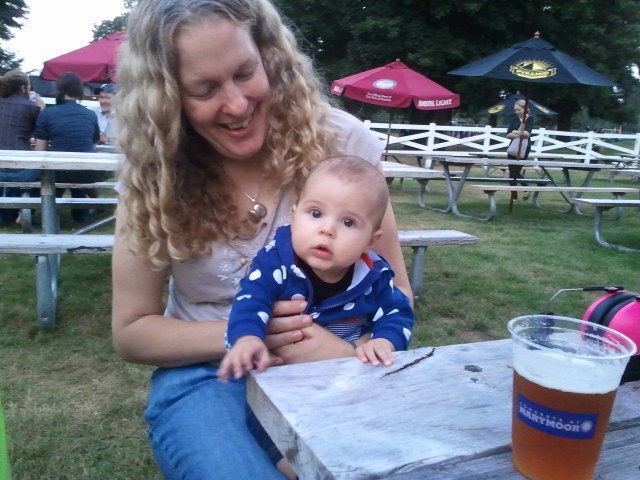 You grabbed a little dinny too. 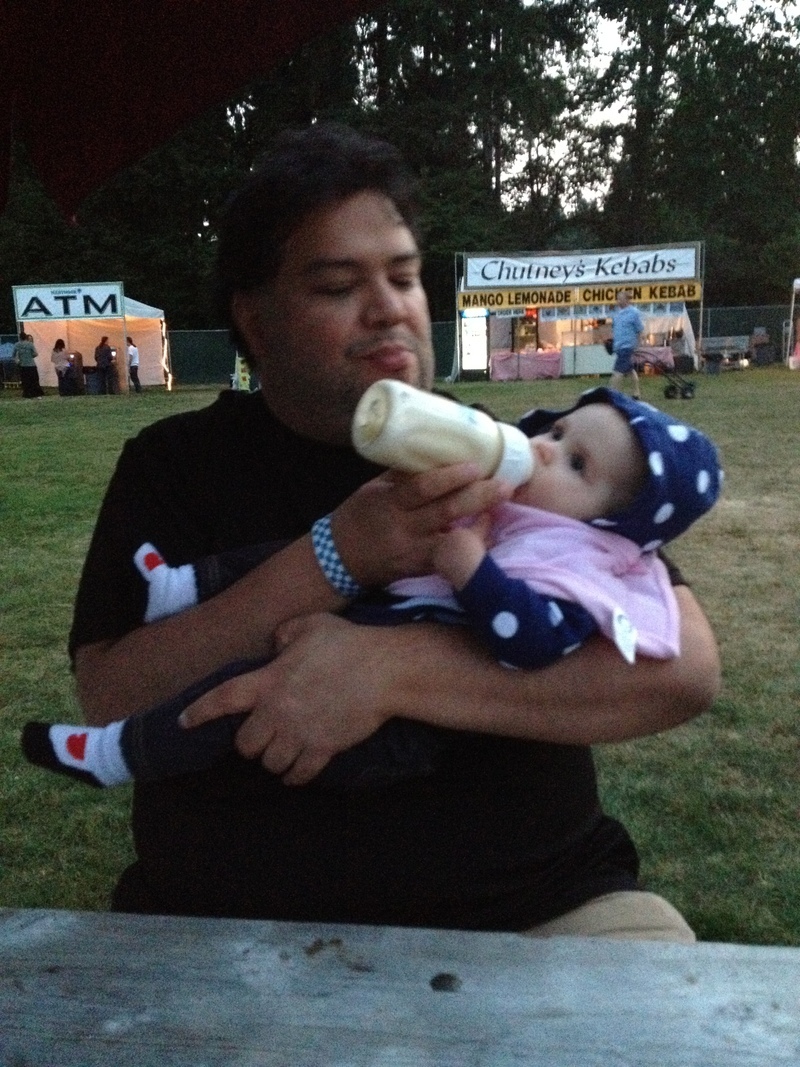 As the show went on we got a little closer and saw more kids! There were even a couple that looked younger than you. We had so much fun we stayed for the first encore. 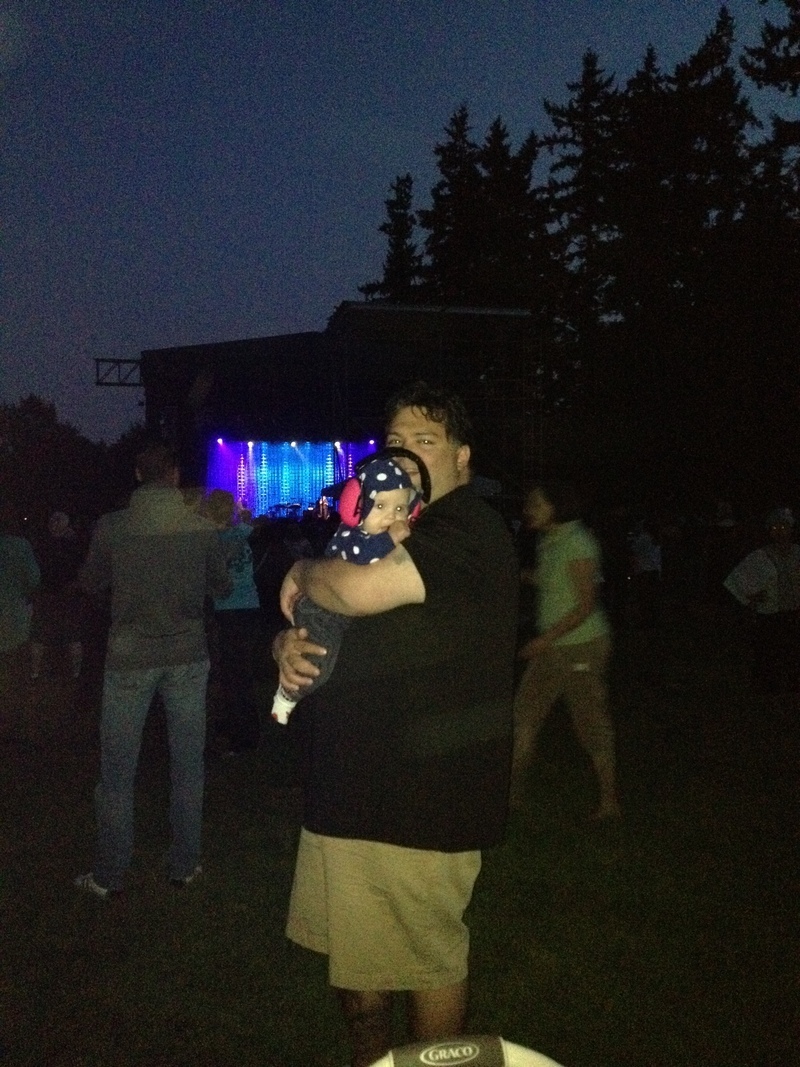 Mommy, who wasn't the biggest Dead Can Dance fan, was even having a blast and was jamming out to her favorite DCD tune before we left.
But we had to leave. A big outdoor concert is a big night for a little girl. Even though were home before 10 PM you were so tired you just crashed out in your little black concert tee. 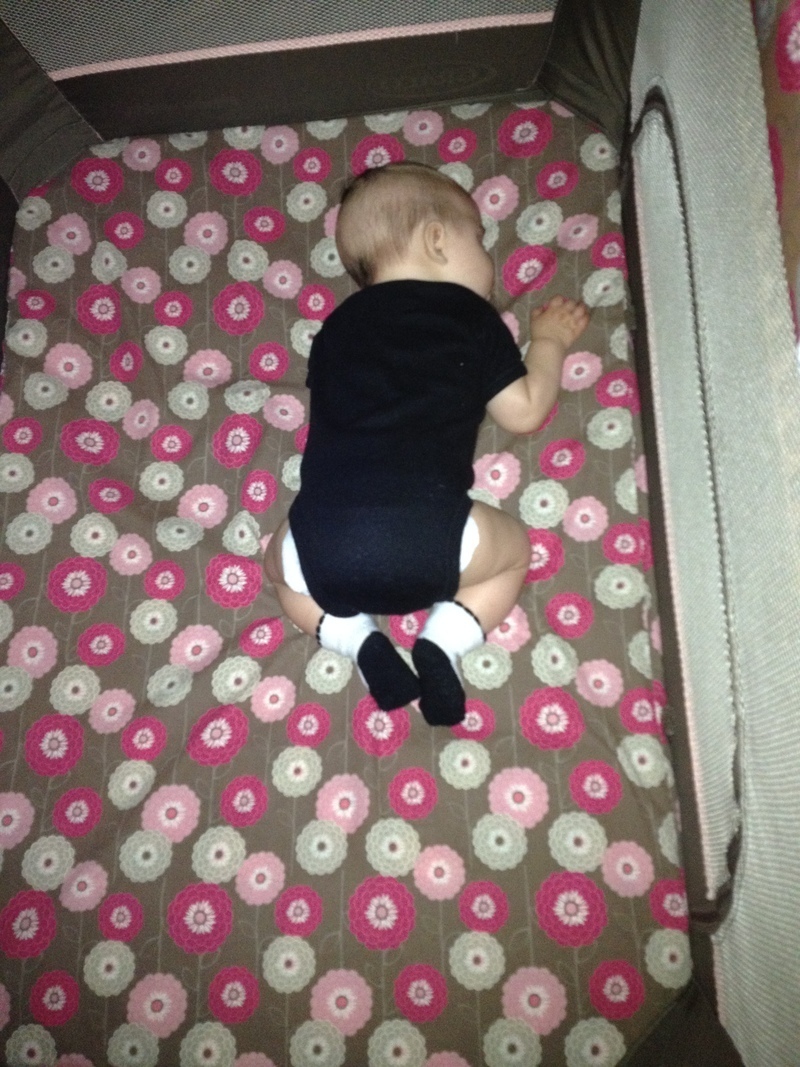 So that's that. First concert at 4.5 months. I know you'll go through a phase of liking whatever kind of music you like but hopefully stuff like gives you some good variety. :)
Love Mommy and Daddy.